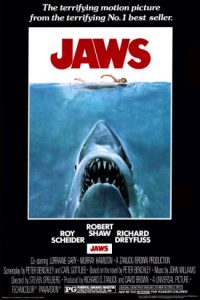 “Look into my eyes.” These words immediately transport me back to Saturday afternoons spent watching horror movies with my Dad, downstairs in the family room.

Terrifying B-movies, where a Svengali-type character with an enormous black hooded cape and matching black eyes, hypnotically induced a fair young maid to succumb to the shadows of the inner cape.

“You are getting veeeery sleepy.” This veeeery bad Transylvanian accent would cause me to curl up even further into the corner of my chair. Penetrating eyes with VERY expressive eyebrows (similar to my tax accountant) would cause the heroine to fall into a deep meditative trance against her will.

Of course, there was the obvious, more realistic Twilight Zone version, when someone would swing a pocket watch before a willing victim, a swirling pattern would take over the black and white screen. The sound of a ticking clock would fill the room, transporting them back in time to another place to discover the truth about the events leading up to the car crash.

To a ten year old, it was all unbelievably alarming. Imagine having the ability to take control of someone, discovering the deeply hidden secrets in the recesses of their mind. At this point, I would discover my Dad had fallen into a deep sleep of his own on the couch.

Little did I know that in the course of my life, I would become a professional Hypnotist. Often, when someone discovers this, one of the first things they say is, “Don’t look at me.” Obviously, they saw the same movies as a child.

In truth, under hypnosis, you will never do anything that you wouldn’t normally do in your life, nothing you aren’t comfortable with, nothing that goes against your moral compass. No whistling Dixie, no clucking like a chicken, no removing your clothes unexpectedly, no succumbing to the inner cape.

And no, you have no need to worry that you will reveal your Interact pin number, you stole something as a child or your sexual proclivities. If questioned under hypnosis, you may actually choose to lie, which is the reason sessions are not admissible in a court of law.

Some people are afraid they will become unconscious and will not be able to be revived, forever lost in the abyss. Nothing could be further from the truth.

Although in a deep meditative trance, you are totally aware at all times of what is going on around you, fully “awake”, capable of making decisions. So if the fire alarm goes off, hopefully, you would have enough sense to get up and follow me out the door.

My first experience with hypnosis came about as a result of an experience I had when I was in my early 20’s.

I was newly married and visiting my husband’s family for the first time in Ann Arbour, Michigan. Anxious to fit in, when his sister and her husband suggested it would be great fun to see one of the most popular movies of the summer, I agreed. It wasn’t until we were approaching the theatre that I realized the movie was Jaws.

I had seen the trailers with severed limbs floating down through the water and I knew myself well enough to know that this was definitely NOT for me. Unfortunately, after much cajoling, I gave in to peer pressure. From the beginning, I knew it was a mistake. It was indeed off the chart horrifying.

The day after the movie, it was decided we should go for a swim in the lake. As the others rushed ahead, I found myself trepidatious about going into the water. Willing myself in, my feet attempted to move through the uneven floor of muck, seaweed, old pieces of wood and discarded bottles, which only increased my anxiety.

Again, my “friends” told me I was being silly. There definitely was nothing to be afraid of, especially in Lake Michigan. I could not be convinced.

The joy that I had once experienced was gone. I was unable to go into the water.

From the age of four, I had spent my life in love with water and spent as much time in or on it as possible.

As a child, my summer afternoons were spent in minnow school at the Apple Valley Racket Club swimming pool, also know as my Uncle John’s backyard in Saegertown.

My parent’s summer home was on Lake Shawanaga in northern Ontario. And, as my Father’s daughter, I became an avid angler. I knew what was in that lake and how to catch it; if I had my lucky lure, patience and held my mouth right. There were rumoured to be Muskie in that lake!

Still, I was not prepared for Jaws. At the end of the movie, I had to be pried from my seat where I had spent the last two hours tucked into a ball with my hands over my face weeping. Everyone else thought it was hysterically funny; blood, floating body parts. To this day, even writing about this makes me ill.

For the next few years, I struggled to even ride sitting on the bow of the boat, “dragging a worm” as we trolled the lake after supper. I remained always on the alert for something that might be waiting to get me.

One day as we rounded the bend into unfamiliar territory, we came to a dead stop. Our boat had hit something and I almost fell into the lake from my perch atop the bow of the boat. My heart stopped. I was terrified to even look overboard. Hidden just below the surface, an enormous rock loomed menacingly; my fear overwhelmed me. My love of fishing was gone.

Swimming became impossible. My Father, a bit of a Paul Bunyan type, attempted to help me get into the water. He had taught me how to swim and assured me that I was safe with him there. He would jump in and float about making funny faces and laughingly declared himself, “fish bait”. It made no difference.

As I tried to move down the ladder from the dock, I found myself shaking uncontrollably and retreated. Even swimming pools became a nightmare.

At some point, I found myself in the office of a Hypnotist. I don’t really remember how this came about or who he was. However, after a few exercises to engage my imagination and quiet my conscious mind, I was ready.

It all seemed pretty easy. And, as I became more and more relaxed, positive suggestions were introduced to help me overcome my fear. I left the session feeling peaceful, calm and hopeful.

The next time I visited the lake, I managed to get down the stairs on the dock and into the water, but was still extremely frightened. After another visit to the hypnotherapist, I was able to not only enter the water, but swim about without my “fish bait” present.

All in all, hypnosis became an extremely positive experience. One that enabled me to return to something I loved.

While studying to become a hypnotist, I noticed a significant difference in how I feel about myself. Through hypnosis, my self-esteem improved, I no longer need the approval I so desperately sought in my young years and the fear of not being good enough implanted at an early age, no longer has any power over me.

As a Master Hypnotist, I’ve had the opportunity to help others overcome their fear of dentists, heights, flying, public speaking, as well as fear of success and many other unusual fears too numerous to mention.

I’ve also helped people manage their feelings of anxiety and stress, lack of confidence, worthlessness, abandonment, grief and their experience of pain.

My own experience and that of my clients, continues to fuel my enthusiasm for helping people heal naturally through hypnosis.

Posted in Health and Wellness, Hypnosis
← Paraffin Candles vs Beeswax & Soy CandlesHow to Use Essential Oils and Precautions →
Scroll To Top